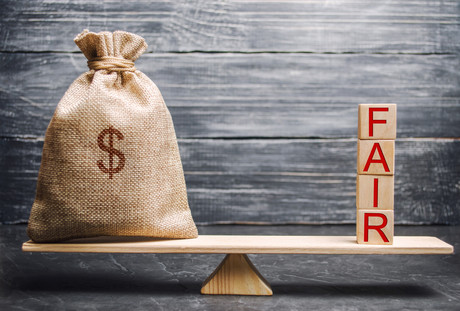 NBN Co’s wholesale prices are being brought under the spotlight amid concerns Australians may not be able to access basic broadband plans at fair and affordable rates.

The Australian Competition and Consumer Commission (ACCC) today launched an inquiry into the prices paid by retail service providers (RSPs), which use the nbn to supply residential-grade broadband services.

The inquiry will focus on NBN Co’s prices for basic speed broadband products offering 12/1 Mbps and whether they allow RSPs to offer ‘attractive’ retail nbn plans at ADSL-like rates.

It will also consider whether regulation is needed to help customers transition smoothly from legacy services, like ADSL, to the nbn.

“We have concerns that NBN Co’s wholesale pricing has resulted in unfair outcomes for those consumers who have no need for, or do not want, higher speed plans,” ACCC Chair Rod Sims said.

“Most consumers have no choice but to migrate to the nbn if they want to keep their home service active, but are at risk of not being able to obtain a comparable nbn service at a similar price to their ADSL service.”

The ACCC first raised these concerns publicly in April 2019, after NBN Co’s wholesale pricing changes in late 2018 led to the withdrawal of many basic speed retail plans.

It is also concerned that NBN Co’s continued use of discounts to adjust access prices and ability to withdraw these discounts ahead of self-appointed notice periods may not provide enough certainty for RSPs as they develop and promote their offers.

“This lack of certainty creates unnecessary risks that may ultimately be passed on to consumers, who may face higher prices and reduced quality and product offerings as a result,” Sims said.

The inquiry will also assess NBN Co’s service transfer and reversal charges, which are applied each time an existing service is transferred between access seekers.

The ACCC believes these charges can discourage the efficient use of service transfer processes, impeding competition and impacting consumers.

“We want to hear from interested parties as part of this public and transparent inquiry process,” Sims said.

“Right now, we are approaching a peak period for NBN service activations and mandatory migrations. The window for many consumers to migrate to the nbn without losing their existing fixed line service is closing.

“We are interested in what changes can be made quickly to promote competition and the interests of consumers, while allowing NBN Co the opportunity to grow its revenues, invest in its business and earn an appropriate rate of return,” Sims said.

The inquiry will allow the ACCC to make a final access determination (FAD), if needed, ahead of the expiry of the current wholesale broadband agreement at the end of November 2020.

The FAD would help give access seekers certainty about the terms and conditions of nbn access that would apply, should they be unable to reach a new commercial agreement with NBN Co at that time.

The ACCC has released a discussion paper examining these issues, to help RSPs and stakeholders participate in the inquiry.

Submissions can emailed to nbn@accc.gov.au until 5 pm Friday, 15 November 2019.