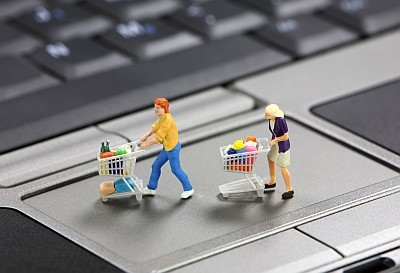 The ACCC has taken Kogan Australia to court, accusing the online retailer of violating consumer law by engaging in false or misleading advertising over a recent 10% discount promotion.

With the proceedings in the Federal Court, the ACCC is seeking penalties, injunctions, declarations, corrective notices and court costs from Kogan.

The company ran an online promotion in late June last year offering customers a 10% discount on most of its products by using the discount code TAXTIME.

But the ACCC has alleged that Kogan increased the prices of more than 600 of its products — in most cases by at least 10% — immediately prior to the promotion.

This amounts to false or misleading advertising, the regulator alleges, because consumers were not receiving the discounts they thought they were.

In addition, despite sending advertising that the ACCC alleges gave consumers the impression that they had only limited time to take advantage of the lower prices, many of the affected products had their prices reset to their pre-promotion prices soon after the promotion ended.

“We allege that Kogan’s advertisements were likely to have caused consumers to think they were getting products below their usual prices. In fact, Kogan had inflated product prices which we say created a false impression of the effective discount,” ACCC Commissioner Sarah Court said.

“Businesses must not make claims to consumers about discounts or sales unless they are offering genuine savings.”

In a statement, Kogan strongly denied the allegations and pledged to defend itself in court.

“The proceedings commenced by the ACCC ignore critical facts and matters which are in Kogan.com’s view highly relevant in assessing the overall impression of the promotion by consumers who are intimately familiar with online retailing and how a discount code functions,” the statement reads.

The company insists it made clear at all times the full price that consumers would pay for the product and the price reduction that would be achieved using the discount code, and that it carefully designed its marketing materials specifically to avoid the kind of confusion that the ACCC alleges.