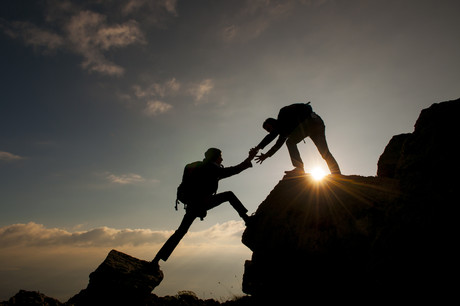 The World Economic Forum has recognised QuintessenceLabs as a Technology Pioneer for 2018.

The World Economic Forum’s Technology Pioneers community comprises early-stage companies from around the world that are involved in the design, development and deployment of new technologies and innovations, and are poised to have a significant impact on business and society.

This year’s cohort is the most diverse since it began in 2000, both geographically and in terms of gender. 25% are female-led and 54% come from regions outside the United States and Silicon Valley, with each continent represented except Antarctica.

There is also a wide variety in the technologies the pioneers focus on, including artificial intelligence, big data and Internet of Things (IoT), biotechnology, blockchain, autonomous vehicles, cybersecurity, vertical farming and other agricultural advances, decentralised microgrids and robotics.

QuintessenceLabs strengthens data security by integrating advanced quantum technology with best-in-class data protection solutions. These solutions address some of the most pressing cybersecurity challenges, while preparing organisations for a future quantum computing threat to data security.

The company was founded in 2008, in Canberra, by Vikram Sharma, after conducting research on quantum technology at the Australian National University. QuintessenceLabs’ products include the world’s fastest commercial quantum random number generator, an advanced encryption key and security policy manager, and “virtual zeroization” solutions to secure sensitive data collected in uncontrolled environments. The company is also a frontrunner in the development of quantum key distribution technology. QuintessenceLabs now joins only seven Australian companies who have previously been selected as a Technology Pioneer, including most recently, Atlassian and Vaxxas.

Following QuintessenceLabs’ selection as a Technology Pioneer, Vikram Sharma, Founder and CEO, will be participating in the World Economic Forum Annual Meeting of the New Champions. The meeting, also dubbed ‘Summer Davos’, will be held in Tianjin, China, 18–20 September. Many Pioneers will also attend the annual meeting in Davos, in January 2019, and continue to contribute to Forum initiatives over the next two years.

“We welcome QuintessenceLabs in this diverse group of technology pioneers,” said Fulvia Montresor, Head of Technology Pioneers at the World Economic Forum.

“QuintessenceLabs and its fellow pioneers are front and centre in shaping the ongoing Fourth Industrial Revolution and we believe they will be transforming society and industry in a positive way in the years to come.”

“Safeguarding our most valuable resource — information — has never been more critical. We’re seeing continued escalation in the sophistication and frequency of cyber attacks and data breaches by well-resourced cybercriminals and nation states,” said Vikram Sharma, QuintessenceLabs Founder and CEO.

“Our mission at QuintessenceLabs is to harness the power of quantum science to make the strongest data security accessible to enterprises and government agencies — protecting information today, and into the future.”

The Technology Pioneers were selected by a committee of more than 60 academics, entrepreneurs, venture capitalists and corporate executives. The committee based its decisions on criteria including innovation, potential impact and leadership. Past recipients include Airbnb, Google, Kickstarter, Mozilla, Palantir Technologies, Spotify, TransferWise, Twitter and Wikimedia.

The full list of recognised Technology Pioneers can be viewed here.