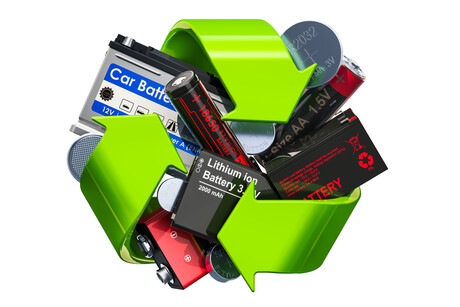 The Battery Stewardship Council (BSC) has unveiled its plans for a radical increase in participation, alongside a new-look public program called B-cycle.

In the lead-up to the January 2022 launch of the national public scheme, B-cycle will be actively pursuing new industry participants including household battery importers, manufacturers, recyclers and retailers.

Assistant Minister for Waste Reduction Trevor Evans said the BSC has led the way, being among the first organisations to develop a voluntary product stewardship scheme under the Australian Government’s $26 million Product Stewardship Investment Fund.

“As waste batteries, especially those used in small handheld devices, are one of the fastest growing waste streams, this industry-led scheme will play an essential role in significantly increasing Australia’s battery collections and recycling, and help our circular economy grow,” said Evans.

“But it will only work if industry plays its part. We must all work together toward Australian consumers soon being able to safely and responsibly manage all types of used batteries at their end of life.”

B-cycle CEO Libby Chaplin believes we are at a pivotal moment, setting in motion a nationwide reset on batteries that could prevent harm and create opportunities along a product's entire value chain.

“A whopping 90% of Australia’s handheld batteries brought into the country end up in landfill. Any used batteries not recycled properly and safely can leach toxic chemicals into our environment, or even cause fires in the home when stored,” said Chaplin.

“Additionally, despite being a source of valuable and finite resources, battery recycling has remained small scale in Australia — until now!”

B-cycle will lead Australia’s efforts to responsibly manage the recycling of batteries and is set to be fully operational with a network of drop-off locations in retail spaces by January 2022.

Chaplin says for the program to scale, it needs to see a range of sectors getting involved.

“Being the official scheme, B-cycle provides robust traceability, assurance collected batteries are recycled in a safe and environmentally sound way, and collected materials placed back into closed-loop systems,” said Chaplin.

Participating in this scheme aligns with the government’s Product Stewardship legislation and its goals towards recycling and waste reduction obligations.

“We know the federal government is closely watching participation in the scheme and has expectations of high levels of industry membership at launch next year,” Chaplin said.

“We look forward to working with, and welcoming, many new participants regardless of size or scale as it’s going to take many players all around the country to work collectively with us to create less waste and more opportunities for used batteries in Australia.”