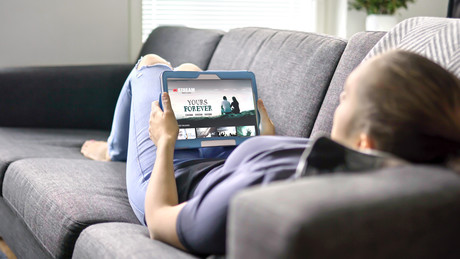 Australian downloads soared last year as people flocked to use streaming services, according to a new report.

The report — released by the Australian Competition and Consumer Commission (ACCC) — explores changes in Australians’ communication methods, particularly across mobile phone and broadband use.

Rapid adoption of Netflix, Stan, Optus Sport, Kayo Sport and similar services contributed to a 47% jump in data downloads in 2018–19, with fixed broadband services accounting for 88% of all data downloaded, the ACCC said.

The trend is likely to be “further boosted during 2019–20 with the entry of new competitors such as Disney+ and Apple TV+”, ACCC Chair Rod Sims added.

These rising data needs are leading Australians to embrace fixed broadband services, with unlimited data plans increasing from 6% in 2014–15 to 57% in 2018–19. As of 2019, only 16% of Australians access broadband solely through mobile services, the Australian Communications and Media Authority (ACMA) reported.

Overall, average real prices for fixed broadband and mobile phone services are declining, with prices dropping by 1.5% and 6.6% last year and 2.3% and 7.5% over the past five years, respectively.

Despite the decrease, consumers are “struggling to find cheap, entry-level, fixed broadband and voice products” as providers withdraw these plans in favour of higher-priced versions with more inclusions, Sims said.

“Although the very recent changes to NBN Co’s products and pricing are helpful, the ACCC is continuing to consider whether further action is needed to make sure consumers aren’t worse off when they switch to the nbn,” he added.

By 30 June 2019, 5.5 million nbn services were in operation, as the nbn overtook legacy DSL and HFC networks as the primary fixed-line access network in Australia.

The ACCC remains active in seeking better standards for nbn and other retail services in 2019–20.

“We are keen to ensure that NBN Co and retail service providers have incentives to upgrade and fix infrastructure where it is not meeting consumers’ needs and expectations,” Sims said.

In 2018–19, the ACCC provided consumers with “guidance around speed claims, transparency and competition through our Measuring Broadband Australia program, and taking enforcement action when needed”, he added

Consumer complaints to the ACCC and the Telecommunications Industry Ombudsman remain high, with many relating to connection and service quality issues.

The full report is available via the ACCC’s website.