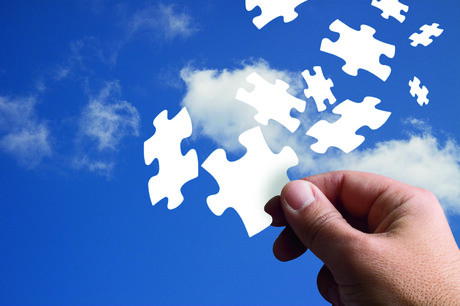 The federal government has announced plans to invest nearly $1.2 billion to augment Australia’s digital capabilities through the Digital Economy Strategy.

The funds, allocated as part of this year’s Budget, will seek to better prepare Australia to respond to the challenges and opportunities posed by the rapid digital transformation occurring in every sector.

“Every business in Australia is now a digital business. The tradesman or woman who seeks work through AirTasker. The landscaper who finds most of their new business through search engine placement and social media. The farmer who keeps track of their herd with electronic tags or drones. The local Thai restaurant that sells through UberEats, MenuLog, Deliveroo or any one of half a dozen different food apps.

The gym where members book their classes through an app, Morrison said. “This transformation is not merely a national one that needs to happen — it’s a global one that is happening. We must keep our foot on the digital accelerator to secure our economic recovery from COVID-19.”

The investment includes $100 million to support improving Australians’ digital skills, including a new pilot program for work-based digital cadetships. In addition, $124.1 million will be allocated to initiatives aimed at building Australia’s AI capabilities.

This will include the establishment of a National Artificial Intelligence Centre led by the CSIRO’s data science arm Data 61. Projects aimed at enhancing government services will include a $200.1 million overhaul of the myGov platform and $301.8 million to enhance the My Health Record digital health system as well as an expansion of the digital identity system.

Other initiatives will include an expansion of the Digital Solutions - Australian Small Business Advisory Service, a Digital Games Tax Offset aimed at helping Australia improve its share of the global game development market and a $50 million investment aimed at enhancing cybersecurity in government, data centres and future telecommunications networks.

Australian Information Industry Association CEO Ron Gauci said the investments will be warmly welcomed by the technology sector, but added that some of the commitments do not go far enough. “We’ve been advocating for significant investment in health, skills, cybersecurity, digital payments and AI. Today’s investment of $124.1 million for AI shows the federal government’s continued commitment to ensuring Australia becomes a leading digital economy,” he said.

“However, in April we demonstrated that to fully fund a National AI Strategy, $250 million was needed. While investment in R&D is important, more needs to be done to ensure that there is significant investment in the commercialisation of AI here in Australia to deliver jobs and economic growth. Without it we will continue to fall behind the rest of the world.”

FirstWave Cloud Technology CEO Neil Pollock likewise urged the government to carefully plan the investments to ensure the funds are being spent efficiently. “The government’s upcoming $1.2 billion digital economy fund and the PM’s expressed intention to put ‘our foot on the digital accelerator’ is a step in the right direction, reflecting the importance of digital technologies and tech-driven businesses in keeping our economy going and putting Australia squarely on the global innovation map,” he said.

“However, we need to see adequate and holistic approaches to every aspect of our digital economy in order for any of the planned budget to be spent effectively. “This is particularly true for the area of cybersecurity — the government will be devoting $50 million to enhancing cybersecurity, and to ensure Australians and Australian businesses truly benefit from every dollar spent, we need to ensure this leads to nationwide standards for cybersecurity adoption, appropriate upskilling and training programs.”

Meanwhile, Avertro CEO Ian Yip suggested that the cybersecurity proportion of the initiative is lacking. “While I applaud the investment into cybersecurity within the Budget, the fact that more than five times the amount has been allocated to electronic invoicing for small and medium businesses speaks to how underinvested we are as a national ecosystem to cyber safety, outside of the government’s own departments,” he said.