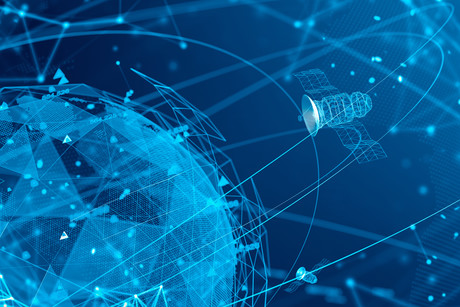 A new precise satellite positioning system could deliver more than $6 billion to the Australian economy over the next 30 years, a national trial has shown.

The trial — an 18-month testbed of a satellite-based augmentation system (SBAS) led by Geoscience Australia — spanned 27 projects in 10 industries including Australia and New Zealand’s mining, farming and disability sectors.

“SBAS provides instant, accurate and reliable positioning without the need for mobile phone or internet coverage, improving the accuracy of GPS positioning from 5–10 m down to 10 cm across Australia and its maritime zones,” Canavan said.

“This improved positioning is a particular game changer for operators who might be based in isolated areas, such as farmers and miners, with trials showing significant efficiencies across the board.

“The latest figures show a possible $820 million saving in feed and fertiliser over 30 years through improved pasture utilisation, while mining could see a saving of $577 million through improved efficiency of mining haul trucks.”

CQUniversity agriculture lecturer Dr Jaime Manning said the university has been undertaking a trial project to test the benefits of SBAS for livestock tracking.

“We have successfully demonstrated real benefits through the trial of SBAS-enabled GPS to improve the accuracy of on-animal sensing systems, which helps us to understand an animal’s behaviour and where they are in a landscape,” Dr Manning said.

“For beef cattle producers in this region, this research means that in future we will be able to detect issues such as which parts of a paddock may be overgrazed, or if an animal is not moving normally and may be sick or lame.

“The enhanced accuracy provided by SBAS will also support the adoption of technologies like virtual fencing in more intensively grazed pastures, which has been estimated in this report as potentially saving dairy farmers $100 per cow each year.”

Canavan said SBAS technology has other benefits to agriculture and the Central Queensland economy.

“In addition to the benefits to beef and dairy farmers, the livestock industry could benefit from improved animal tracking to help early detection of predators, which could save $80 million in sellable sheep over 30 years.”

The Australasian SBAS trial received $12 million funding from the Australian Government and a further $2 million from the New Zealand Government.

The trial was led by Geoscience Australia in partnership with Land Information New Zealand, with FrontierSI managing industry projects.

The 2018–19 Budget included $160.9 million to Geoscience Australia to secure a fully operational SBAS for the Australasian region and a further $64 million for Australia’s National Positioning Infrastructure Capability, which will improve positioning to 3–5 cm in areas with mobile coverage.