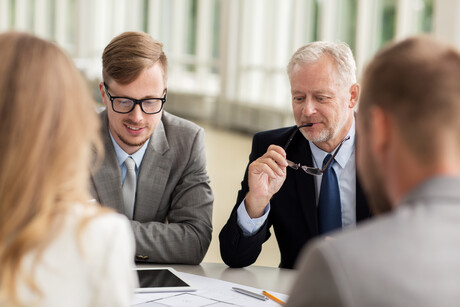 The 2020 Beyond Disruption Business Pulse study from DXC Technology and Telsyte has revealed that businesses across Australia and New Zealand have adapted, invested, built resilience and planned for up to three years to recover from the disruptions of 2020.

With more than 600 interviews conducted over an eight-week period, the study represents the views of Australian and New Zealand business leaders including CEOs, COOs, managers, CIOs and CDOs (chief digital officers) on their organisations’ experiences in dealing with disruption.

Almost half (48%) of large organisations state they will fully recover by the end of the year, compared to one in five SMEs.

Over half of respondents (54%) believe it will take one to three years to fully recover, with 6% stating it will likely take longer than three years to recover, indicating a level of optimism amongst businesses.

Additionally, 80% of organisations have ‘fast-tracked’ their modernisation with technology, and 54% described themselves as having fully embraced a ‘cloud-first’ policy, whereby they aim to utilise cloud as much as possible within business practices.

Seelan Nayagam, Managing Director of DXC Technology Asia Pacific, notes that Australian and New Zealand businesses were compelled to transform almost overnight, with the majority of businesses rising to the challenge. Nayagam states that technology has been instrumental in enabling businesses to support a remote workforce while a significant cultural shift takes place.

“Many businesses that were once reluctant to transform or adopt flexible working policies have seen just how helpful these adjustments have been to manage the recent disruption. Now the paradigm has shifted, with businesses seeing technology as a gateway to productivity and cost efficiency to aid in their recovery,” said Nayagam.

The study also revealed trends in terms of technology investment, cybersecurity, organisational culture, employee wellbeing and data-driven decision-making. Organisations increased technology spending across the business by an average of 5%, increasing to 10% for businesses with more than 1000 employees.

Over 70% of organisations have launched mental health programs and personal development training to help build staff resilience. In terms of recovery, improving wellbeing programs (70%) and increasing skills and training programs (59%) are amongst the top business priorities in the next 12 months.

In 2020, 44% of organisations allowed the majority of their staff to work from home, compared to 7% in previous years, with the number rising to 65% for larger organisations with more than 200 staff. In addition, 73% have expanded the responsibilities of employees, with many embracing multidisciplinary roles. As a result, 52% of respondents said they have cultivated a culture of productivity due to the current disruption, with three in five expecting to see increased productivity in the future.

Organisations have identified workplace modernisation (75%), data analytics (72%), cloud (68%), cybersecurity (66%), and modern business applications (66%) to be the most important technology investments for the next 12 months.

Respondents are focusing on faster and easier access to trusted data for better decision-making (54%) and improving the analytics capability and data literacy skills across the business (46%).

Foad Fadaghi, Managing Director of Telsyte, acknowledged that it has been a turbulent year with constant changes, making it difficult for businesses to predict the future.

“The findings from this study, conducted over an eight-week period, has provided a pulse check on the sentiment of ANZ business leaders, highlighting their challenges and learnings. It’s evident that technology will be critical, with cloud, analytics, cybersecurity and employee experience front and centre on the road to recovery,” said Fadaghi.