Mining the network for WAN efficiencies

International oil and gas exploration company Ophir Energy has deployed WAN optimisation technology, allowing it to save hundreds of thousands of dollars in equipment and annual WAN support costs connecting its African, European and Australian offices. 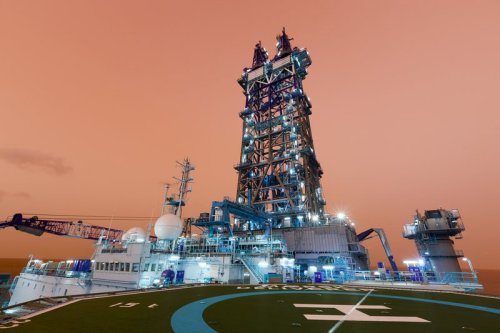 Ophir Energy is the holding company of a group of companies with oil and gas exploration assets in a number of African locations.

The company has deployed Steelhead appliances from Riverbed Technology at seven of its locations, including Perth, London, Mtwara and Dar es Salaam (located in Tanzania), Malabo (located in Equatorial Guinea) and two offshore drilling vessels.

With the solution, the company has been able to boost the capacity of its IP-WAN and very small aperture terminal (VSAT) satellite links by up to five times.

The expanded network capacity now allows Ophir Energy to perform data backup operations to a central data centre across its global network. This saves the company hundreds of thousands of dollars in storage infrastructure costs at its more remote locations and in associated support and maintenance costs each year.

In addition, the solution has helped eliminate the network performance constraints that prevented the company from sharing its centralised file repository with its entire global workforce.

“The performance improvements delivered by [the solution] were immediate and impressive,” says Bill Johnson, IT Manager, Ophir Energy.

Johnson says the solution has allowed some of the company’s laptop users to reduce their WAN bandwidth consumption by more than 80%.

Ophir Energy employees regularly transfer large geoscience data files from office to office, and in the past were forced to send data on external hard drives via courier to get this done. With the solution in place, employees now transfer many gigabytes of data between Perth and London with ease.

And for the employees who travel, the solution enables mobile workers to connect to remote file shares using Windows Explorer - without any involvement from the support team - and get similar performance and productivity benefits.

“All our staff [can] connect to a single shared mailbox on our central Exchange server, which ensures that important messages and documents are logged correctly and never lost,” Johnson says.

“Similarly, by enabling us to use Windows file shares across the WAN, we’ve been able to save scanned image data from all our scanners globally to a central file folder in Perth. This simplifies administration, and the [solution] provides remote users LAN-like access to even the largest scanned images from anywhere,” Johnson says.