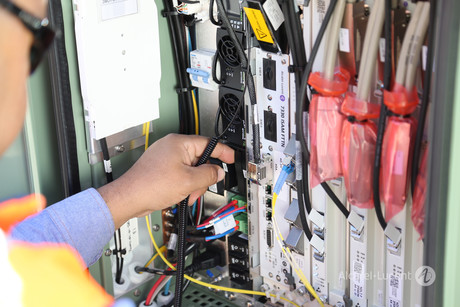 NBN Co has reported a solid 39% increase in revenue for the first half of FY20 to $1.81 billion in what CEO Stephen Rue called an “outstanding” result.

During the period, the total number of premises declared ready to connect to the network increased by more than 667,000 to 10.5 million.

The principal rollout is now more than 90% complete and on track to conclude by the end of the calendar year.

Meanwhile, NBN Co continued to make inroads into the business segment, with total business revenue growing 49% to $214 million. But due to pressure from retail service providers, the company recently agreed to cease the practice of contracting directly with enterprise customers.

“These are outstanding results executed during a crucial time of the build. We continued to deliver against our key financial and business metrics, and we remain well positioned to complete the volume rollout of the network by 30 June 2020,” Rue said announcing the company’s results.

“The progress of the rollout during the half was particularly pleasing, given we are now at the most challenging stage of the build, which takes in more complex sites. In the six months to 31 December 2019, we undertook one of the biggest ever phases of deployment and activations of residential and business premises on the network.”

Rue added that the company expects rollout activity to increase in the current half-year, particularly across the fibre-to-the-curb (FTTC) component of the deployment.

New changes to the Wiring Rules

Sylvania and Austube acquired by Schréder