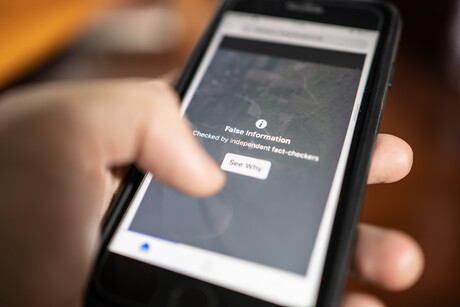 Responsible Technology Australia (RTA) is calling for social media platforms to be regulated more rigorously, in light of the Foreign Minister’s recent warning over disinformation campaigns.

Minister Marise Payne gave the warning in a landmark speech this week, arguing that disinformation about COVID-19 — propagated by foreign actors — was a threat to democracy in Australia.

RTA Executive Director Chris Cooper said part of the problem is that social media algorithms are (unintentionally) hiding the extent of the issue, and that, ultimately, this was stalling any remediation measures.

“But when it comes to opposing these disinformation campaigns, we have our hands tied behind our back. Because we have no idea about the size and shape of this problem.

“What we do know, we only know on an ad hoc basis — there is no systemic understanding of the real quantum of malicious disinformation out there,” he added.

RTA is calling for social media platforms to produce live lists of viral content, giving the public visibility on what information is circulating in the community at any given time.

“Social media algorithms push us all into filter bubbles, which means we have no idea of what disinformation is being targeted at others,” Cooper said.

“It is the platforms alone who have the bird’s eye view of the targeted disinformation campaigns. […] We need these platforms to lift the veil and allow Australians to get an idea of who is being targeted with what and why.”

Cooper argued that there is no reason social media platforms should not be regulated with the same rigour as other global health threats.

“Social media regulation should be treated as a necessary global public health measure […],” he said.

“Australia has a track record on introducing significant regulation — from gun control to plain tobacco packaging. We shouldn’t underestimate our ability to show the world the way on social media reform.”

RTA is an independent advocacy group, pushing for the ethical progression of technology.