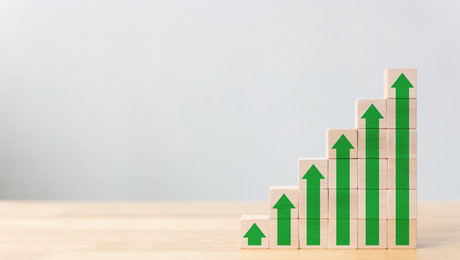 NBN Co has reported a 38% increase in revenue for the first nine months of the financial year to $2.8 billion, putting the company within distance of meeting its FY20 target of $3.7 billion.

During the quarter the company activated 445,000 new premises, taking total activations up to 6.9 million. In April, the company exceeded its 2020–23 target of 7 million activations two months ahead of schedule.

Average revenue per user grew by $1 to $45, driven by a rise in new and existing customers signing up to higher speed tier plans.

Business revenue meanwhile grew to just under $500 million, up from $341 million in the year-ago period.

The strong nine months comes despite NBN Co’s decision to increase connectivity virtual circuit capacity by up to 40% during the COVID-19 lockdown. The company has also introduced a $150 million relief package designed to allow its retail service provider customers to assist residential and business customers through the period.

“I’m pleased to announce a strong third-quarter performance by NBN Co, during what has been an unprecedented and challenging time for Australians and the Australian economy as a result of the COVID-19 pandemic,” NBN Co CEO Stephen Rue commented.

“Furthermore, we recently announced our inaugural debt raising of $6.1 billion from the private debt market. This raising demonstrates both the importance of nbn as critical national infrastructure, and the confidence that lenders have in the long-term financial standing of the company.”