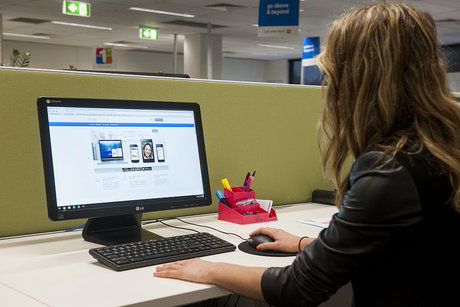 Over the last 18 months, recruitment agency Randstad Australia has been improving the IT systems within its offices in Australia, New Zealand and Singapore. In an effort to implement systems that support the company’s strategy and enhance their services, it has undertaken an expansive project to provide mobile technology solutions that suit their agile workforce.

Towards the end of 2013, Randstad globally began to take advantage of cloud solutions with the aim of delivering improvements in the level and quality of IT provided to staff and the IT systems underpinning them.

Zabi Sahid, service desk team leader at Randstad, said that this offered a significant opportunity for the business. “The IT team in Australia saw this as a fantastic opportunity to drastically improve the IT services we provide for staff and to also lead the way in the APAC region for implementing hardware that supports genuine improvements in productivity and simplicity.”

Globally, Randstad had adopted the Google Apps platform (including Gmail), which presented an opportunity to explore technologies such as Chrome OS. While cost was a consideration, Randstad had also just invested a significant amount in a new wireless network that it intended to make the most of through this IT upgrade.

“From an IT point of view, one of the goals has been to ensure we implement hardware to which updates would be less cumbersome and consume drastically less time than what was already in place,” said Sahid.

Zabi Sahid was part of the team — headed-up by Kevin O’Neill, CIO – that reached a decision to adopt devices running Chrome OS. From a hardware perspective there were a lot of options to consider. Following a comprehensive review, the most appealing solution was the LG Chromebase because it offers an all-in-one service at a competitive cost.

“The benefits were readily apparent to us. Not only was it an all-in-one device designed specifically to work with Google Chrome, it could leverage the new Wi-Fi or the cabled network. Not only does it work brilliantly as a standalone device, but it can also double as a monitor should an employee need to plug in a Chromebook or other mobile device,” said Kevin O’Neill.

The implementation of the LG Chromebase all-in-one computer units throughout the Randstad ANZ network all went very smoothly. Randstad tested a few of the devices and the initial feedback from employees was very positive. The rollout across Australia and New Zealand then commenced in earnest.

“We experienced no challenges in implementing the LG Chromebase offering. They are extremely easy to assemble, update and deploy,” said Sahid. “The service provided was good and the response times were great. There were no delays of issues in the rollout of the LG devices.”

The benefits to staff productivity have been almost immediate with a particular focus on the ease of using the devices, either connecting Chromebooks or using the built-in software. With 300 units already placed in the ANZ region and another 100 in Singapore, there will be a further 300 to 400 still to come in Australia.