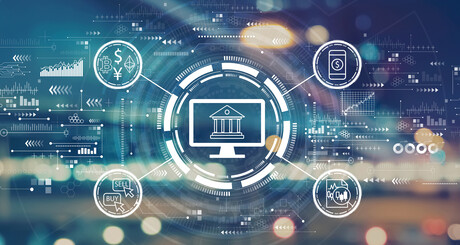 Australian fintech investments reached US$890 million in H1’21, including National Australia Bank’s US$170m purchase of digital bank 86 400 and US$100m and US$75m venture capital raises by Airwallex and Brighte, respectively. This is according to KPMG’s Pulse of Fintech, a biannual report on fintech investment trends.

Dan Teper, Head of Fintech, KPMG Australia, said, “Australia is starting to reap the benefits of early investment in establishing a fintech ecosystem. Interest in banking-as-a-service solutions continued to grow, with the first half of the year seeing Westpac moving forward with its development of a BaaS model in partnership with UK-based fintech 10x, announcing a partnership with regtech FrankieOne to facilitate seamless onboarding.

“Other major big banks have also focused on investing in ecosystem and vertical players in order to simplify and enhance the experience of consumers, SMEs and merchants. For example, Commonwealth Bank invested $20 million in Amber Energy as part of a partnership to provide access to wholesale energy process to its customers.”

Ian Pollari, Global Co-Leader of Fintech and National Banking Leader, KPMG Australia, said, “Against the backdrop of a surge in global fintech investment, there’s been a lot of activity in the fintech sector in Australia so far this year. Corporates continued to be very active, focusing on addressing capability gaps, enhancing digital offerings and most importantly, improving their customer experience.

“The emergence of Australia’s fintech sector as globally significant was underlined by the recently announced acquisition of Afterpay by Square in a deal that, if it approved by regulators and proceeds as expected, will rank as one of the largest fintech deals ever recorded.”

Fintech valuations remained very high in H1’21 as investors continued to see the space as attractive and well-performing — a likely driver in the explosion of unicorn births with 163 created in the first half of the year.

Under pressure to increase the velocity of their digital transformation and to enhance their digital capabilities, corporates were particularly active in venture deals, participating in close to US$21 billion in investment over nearly 600 deals globally, with many realising it is quicker to do so by partnering with, investing in or acquiring fintechs.

“Fintech is an incredibly hot area of investment right now — and that’s not expected to change anytime soon given the increasing number of fintech hubs attracting investments and growing deal sizes and valuations,” Teper said.

“As we head into H2’21, we anticipate more consolidation will occur, particularly in mature fintech areas as fintechs look to become the dominant market player either regionally or globally.”

Workday has announced that Jo-Anne Ruhl is the new vice president and managing director of the...

Workforce management solutions provider Humanforce has announced the closing of a significant...