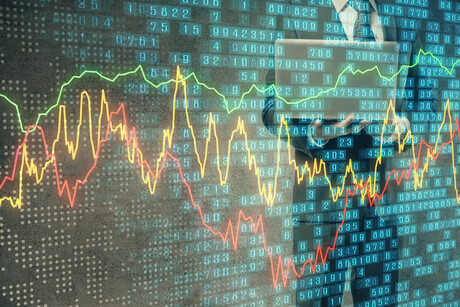 Approximately 54% of Australian and New Zealand CIOs said funding for digital innovation in their organisation has increased as a result of the COVID-19 pandemic, and two-thirds expect it to increase in 2021, according to Gartner’s annual global survey of CIOs.

The survey gathered data from 1877 CIO respondents in 74 countries, including 111 CIOs in ANZ, across the public, private and non-profit sectors.

Research revealed that the digital maturity of organisations in ANZ continues to rise, with 47% of CIOs reported at the ‘scaling’ and ‘harvesting value’ phases of digital transformation — higher than last year (43%) and close to the global average (48%).

Boards have CIOs focused on acceleration, with 2021 forecast to be a race to digital, with organisations striving to maintain the momentum built up during their response to the pandemic.

Andy Rowsell-Jones, Distinguished Research Vice President at Gartner, noted that in 2021, CIOs must built on the momentum they created for their enterprises and continue to be involved in higher-value, more strategic initiatives.

“Last year, I told CIOs that success in 2020 meant increasing the preparedness of both the IT organisation and the enterprise as a whole to withstand impending business disruption. This truth came at enterprises full force with the COVID-19 pandemic,” said Rowsell-Jones.

Findings showed that 60% of ANZ respondents said the CIO–CEO relationship strengthened as a result of the COVID-19 pandemic, while 70% reported increased agreement with their CEO.

ANZ organisations are also further along the path to recovery than other regions, with 44% of ANZ CIOs reporting that their organisation has planned and is implementing their ‘new normal strategy’, compared to an average of 33% globally.

The biggest accomplishment for many CIOs in 2020 was provisioning laptops and VPN connections for remote workers. According to ANZ CIOs, two-thirds of employees can now work from home, with 54% of those working from home more than half the time. 67% of ANZ CIOs expect this to increase in 2021, compared to 52% globally.

“Many CIOs managed to get thousands — maybe even tens of thousands — of workers set up remotely in just a few weeks to keep the enterprise running during the lockdown. CIOs can be justly proud of this accomplishment,” said Rowsell-Jones.

Globally, survey respondents projected a 2% IT budget increase for 2021; slightly down from the 2020 survey (2.8%). ANZ respondents reporting on average flat budgets for 2021 compared to 2020. In the Asia–Pacific region overall, CIOs expect their budgets to grow 1.9%.

Globally, CIOs nominated artificial intelligence and machine learning as the number one technology that would be a ‘game changer’ for their enterprise. When asked about their enterprise’s plans in relation to a provided list of digital technologies and trends, 91% said they had already deployed digital workforce technologies to support working from home.

A third have already deployed distributed cloud and 27% have deployed robotic process automation (RPA), with 40% planning to do so within the next two years.

5G is a longer-term consideration, with 60% of CIOs planning to deploy it between 12 months and three years from now. 60% of ANZ CIOs and almost half globally said they have no interest in blockchain. With the opening of new attack surfaces due to the shift to remote work, 67% of ANZ respondents increased investment in cyber/information security, second only to business intelligence and data analytics (73%).

Cloud services and solutions came in third place at 53%, with core system improvements/transformation and customer/user experience comprising the top five technology areas targeted for greater investment in 2021. 51% of CIOs also plan to reduce investment in infrastructure and data centre technologies in 2021.

“The support for remote work that the COVID-19 pandemic brought on might be the biggest win for CIOs since Y2K. They now have the attention of the CEO, they have convinced senior business leaders of the need to modernise technology, and they have prompted boards of directors to accelerate enterprise digital business initiatives,” said Rowsell-Jones.