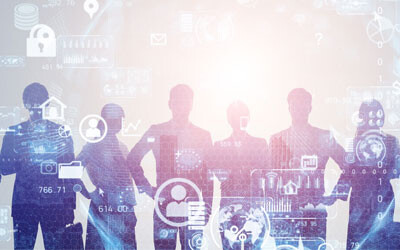 Results of its annual survey indicate that over 75% of participating companies said they are actively recruiting staff. However, with the known talent shortage in Australia in the tech sector, the drop in businesses’ intention to hire from Australia is deeply concerning — the industry has reported a 20% decline in acquiring talent locally (65% in 2022 compared to 85% in 2021).

Following the AIIA’s call to reform the Australian Curriculum to prioritise the Digital Economy and Industry 5.0 capabilities for primary and secondary school students, just 5% of respondents thought the education system produces job-ready graduates. Nearly half (49%) of respondents reported further training is needed by graduates to be effective employees. These results highlight the concerns the AIIA has with Australia’s current ICT training pathways.

Recognising the skills shortage Australia faces in the tech sector, 73% of respondents nominated the skills deficit and investing in the education system as an area of IT policy that government must focus on in 2022. Supporting a digitised society and economy was the second most nominated by respondents.

“Our members have spoken clearly. Their concerns with Australia’s specialist tech talent are significant and are holding back the sector from greater growth. We are calling for immediate government action to support increased and improved training for Australia’s rapidly growing ICT sector now, said AIIA CEO Ron Gauci.

“Innovative businesses and products are being held back, or worse still, sold overseas, because Australia doesn’t have the talent available to meet the demand. Reforming the Australian Curriculum to support greater development of ICT skills will grow the Australian economy and support building a workforce for Australia’s fast growing digital economy.

“If Australia is to be a leading digital economy by 2030, the government must prioritise serious education reform. Tech is the way of the future and given it affects every other industry, Australia must prioritise and protect our local IP. The clear signs of businesses looking overseas to hire staff is a further reminder to government that action is needed now. More than a third (35%) of our respondents said they will be hiring staff from overseas. This is talent and capability that Australia could be and should be delivering — our governments must act now to boost the talent available for businesses. No one measure will fix this, but a concerted push to upskill Australians will provide our nation with the capabilities to be a leading digital nation.

“With a vast array of respondents to our survey representing the small, medium and multinational members, the AIIA is proud to represent such an engaged membership base. With over 200 members actively engaged with our Policy Advisory Networks and a strong response from our members to the survey, it is clear what Australia’s tech sector is seeking. The AIIA will continue to work with all governments to grow skills in Australia’s tech sector and support the continued economic growth this delivers,” Gauci said.

Canberra-based Seeing Machines will collaborate with ANU on R&D into technology designed to...