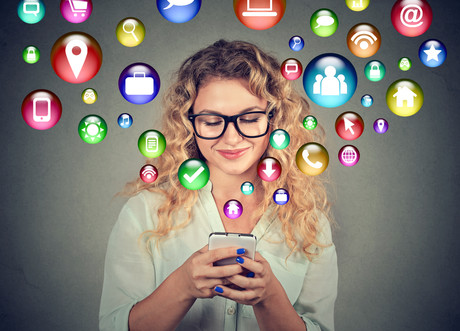 Consumers are being gypped when it comes to accessing personal data collected by social media, online searches, telecommunications and fitness trackers, according to a new report.

The report, produced by researchers from the University of Technology Sydney (UTS) and Western Sydney University (WSU), found that there are currently no clear standards around how companies should provide access to consumer data.

During the study, researchers Dr James Meese, Dr Punit Jagasia and Professor James Arvanitakis looked at whether people could access their own data from a range of communications companies, including Facebook, Instagram, Twitter, Google, Optus, Vodafone, Telstra, Fitbit and Apple Watch.

“We established a set of best practice standards, based on what consumers could reasonably expect from companies, and then we assessed how each company performed against these standards,” Meese said.

“While all companies were compliant with the data access procedures required under the Privacy Act, and provided the data that they were legally required to, we found that many companies failed to provide all the user data they were collecting.”

According to the researchers, the data they received was not always provided in a portable format, which meant that consumers couldn’t transfer it to other service providers. In some cases, the data was also difficult to interpret, suggesting there is scope for companies to improve the way they present data in order to aid consumer understanding.

These results, along with the growing information disconnect between consumers and companies, have led the researchers to cautiously embrace the introduction of a Consumer Data Right (CDR) which would simplify and standardise the process of accessing and transferring data.

However, they also note that a range of stakeholder and consumer concerns are not adequately addressed in the draft Bill.

“The CDR should form part of a broader suite of comprehensive data rights for consumers,” Meese said.

The report also notes that a range of government bodies is conducting reviews of privacy-related issues. It suggests the federal government should wait until these reports are complete before introducing the CDR as part of a broader suite of data rights for Australian consumers.

To help consumers access and understand their personal information in the meantime, the researchers have developed several device tip sheets and a Facebook data visualiser.

Revolent Group has announced a collaboration that aims to increase representation of Indigenous...

The Centre for Digital Wellbeing has welcomed the parliamentary inquiry into how social media is...

Report: Employers are key to solving the digital skills gap

Online assessment provider Questionmark has revealed that employers must share the responsibility...