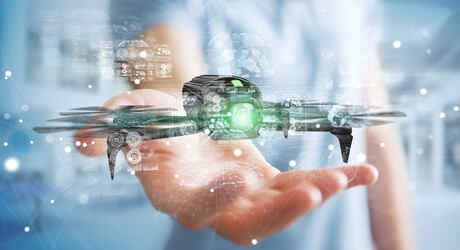 A report on the economic benefit of drones has found that they have significant potential to boost Australia’s economy while creating thousands of jobs. Deputy Prime Minister and Minister for Infrastructure, Transport and Regional Development Michael McCormack said the report quantified the potential benefits and savings that broader drone use could have for Australia’s economy over five, 10 and 20 years.

Per the report, drone use is expected to support 5500 full-time jobs, on average, every year over the next 20 years in Australia. The Deputy Prime Minister predicted that expanding drone and aerial taxi use could have a major economic boost for Australia, providing a $14.5 billion increase in GDP over the next 20 years — of which $4.4 billion would be in regional areas across NSW, Queensland and Victoria.

“It also found the growth of the drone sector is expected to deliver significant cost savings to businesses of around $9.3 billion over the next 20 years, with $2.95 billion of this in the agriculture, forestry and fisheries industries, $2.4 billion in mining and $1.34 billion in construction,” he said.

McCormack added that drones could provide jobs, economic stimulus and other social benefits for the agriculture industry, as well as regional communities. For agriculture, the report found that using drones could support more efficient decision-making to improve profitability for farmers by decreasing planting costs by up to 85%.

“There are many incredible drone opportunities already being explored or trialled that proves exactly that, such as using drones to deliver medical items in regional Australia, tracking sharks around our beaches, or mapping bushfire movements to support our valiant firefighting efforts,” McCormack said.

The Deputy Prime Minister said the Australian Government is committed to working with industry to develop and implement a National Emerging Aviation Technologies Policy to support the development, jobs and growth of the emerging aviation sector, including drones and aerial taxis.

“To unlock the potential economic development and job growth identified by this research, we need to support innovative applications for drones across Australian industries, while ensuring drone use is safe, secure and considerate of the community and the environment,” he said.