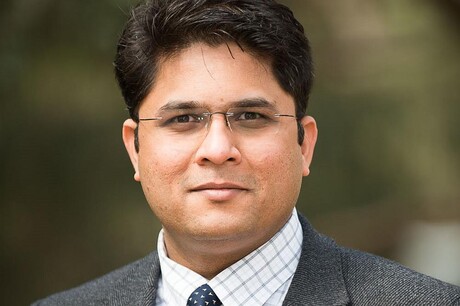 Professor Desai is Director of La Trobe’s Centre for Technology Infusion and one of 12 Victorian scientists named in this year’s awards for his dedication to researching technological solutions to real-world problems.

The Young Tall Poppy Awards, which will be officially announced at a virtual ceremony on 14 October, recognise the achievements of Australia’s outstanding young scientific researchers and communicators.

Professor Desai thanked the Australian Institute of Policy and Science for his award.

“I feel proud to receive this recognition for my work and that of the team at the Centre for Technology Infusion, where we are focused on maximising the potential for micro-nano electronics, wireless sensor networks, and artificial intelligence and data analytics to address global problems,” Professor Desai said.

Professor Desai has worked on a range of projects, including the development of a smart Internet of Things microchip for condition-monitoring of produce from farm gate to shop front and energy management technology for an Australian zero emission housing project.