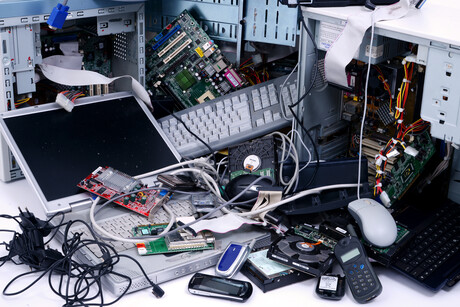 The WA Government has invested $1 million in nine initiatives which, when fully implemented, will divert approximately 1000 tonnes of e-waste annually from landfill in Western Australia.

Funded by the New Industries Fund, the WasteSorted e-Waste grants program supports the WA Waste Avoidance and Resource Recovery Strategy 2030 objectives — to avoid waste, recover more value and resources from waste, and protect the environment from the impacts of waste.

Total Green Recycling, Marlpa Waste Logistics, the Shire of East Pilbara, the City of Rockingham, the Western Australian Local Government Association and the City of Bunbury will share a further $400,000 of combined funding to enable an increase in the volume of e-waste collected for recycling.

Innovation and ICT Minister Dave Kelly and Environment Minister Stephen Dawson announced the recipients of the grants program. Combined funding of $600,000 was allocated to Curtin University, CSIRO and Epichem for research and development programs that will support new and innovative solutions to process collected e-waste and reduce the amount of e-waste ending up in landfill.

“The McGowan government is committed to tackling waste issues and we have already made fantastic progress with a ban on lightweight single-use plastic bags and the container deposit scheme,” said Minister Dawson.

Minister Kelly noted that the nine initiatives funded through the WasteSorted e-Waste grants will divert hundreds of tonnes of recyclable waste from ending up in landfill and create jobs for Western Australians.

“The McGowan government continues to demonstrate that we can establish a greener future and grow the economy at the same time. I would like to congratulate all nine initiatives funded through this program, and thank them for their work in creating a cleaner future for us all,” said Minister Kelly.

Minister Dawson said tackling e-waste — one of the fastest-growing waste streams — is a challenge for governments globally. The recent initiative saw over 50 applicants, indicating the growing interest in WA’s recycling industry, which will expand in future.

“The selected projects will support the recovery of high-value material, while diverting materials which may have presented risks to human health and the environment if not disposed of appropriately,” said Minister Dawson.

Protégé and Micro Focus have partnered for a second year to deliver...

Survey: most corporate CFOs not planning to buy bitcoin

Most financial executives, including corporate CFOs, have no plans to invest in bitcoin as a...

The Infoxchange Group will establish a Digital Transformation Hub to help Australian...